I took a day out yesterday to go to South Wales. I’d promised my daughter that we would go to a place called Coed Ely so that she could visit a rescue dog that she’s fallen in love with. The dog is being housed at some kennels there. And, of course, not wanting to waste my time in Despenser country, I felt it was also a good opportunity to do some castle hunting. 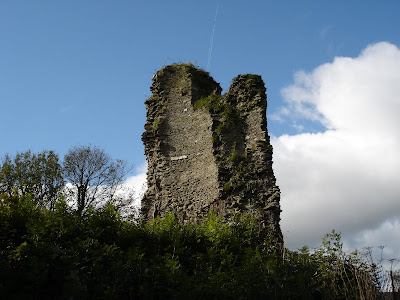 To begin with, I managed to find Llantrisant Castle – the one that Hugh and Edward were taken to after their capture in 1326 (see this post for the details). As you can see from the photo, there isn’t much left – just a crumbling side of a tower amid a pile of bramble-strewn rubble. It appears to be a motte and bailey type castle that was at some point rebuilt in stone. There are the remains of the base of another tower as well as the lower levels of the walls. However, these can hardly be seen due to the vegetation. The whole, which is not that large an area, is surrounded by iron railings and keep out signs.

Even in its ruined state the side of the tower manages to look grim and foreboding. Heaven knows what it must have looked like to Hugh and Edward as they approached it as prisoners. What must have been even more galling was that it was Hugh’s own castle, part of his Glamorgan lands. The garrison obviously offered no resistance to Lancaster’s forces, sensibly deciding to switch sides to avoid their own deaths.

From Llantrisant I made another effort (the first one was last year) to find the place where I’m certain Hugh and Edward were captured. Named Pant-Y-Brad – or The Hollow of Treason, it lies on a small road just out of Tonyrefail. The trouble is, the road is so small, it doesn’t even have a name or number on the map so I couldn’t use my SatNav. Needless to say, I took the wrong small road (there are quite a few in the area) and missed my target. As I was running out of time I couldn’t even go back and try again. So, the search is still on – maybe next year! 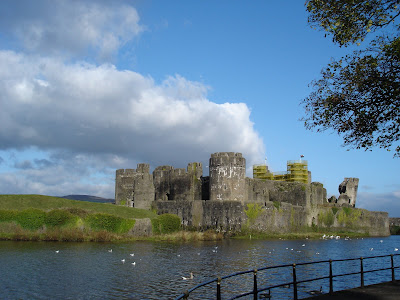 Finally, I got to Caerphilly Castle. With only an hour to explore the place and the weather being bitterly cold, the visit was only ever going to be a taster. But, on first impressions, there is no doubt that this is one of the most magnificent castles I’ve ever visited. Huge towers (some, unfortunately scaffolded and encased with lurid yellow netting) surrounded by a large moat greeted us. Inside the castle, the magnificence continued. It was clear to see that not only was this an impressive fortress, but also a status symbol. Hugh Despenser certainly valued it as such and he employed the top artisans of their day to make improvements to the Great Hall. 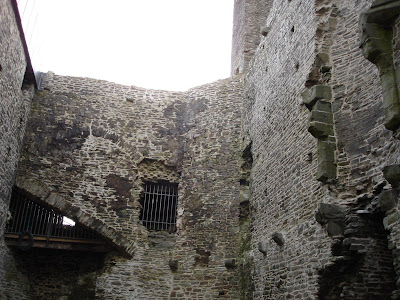 Sadly, I didn’t get to see the wonderful hall on this occasion as a wedding banquet was being held (but as the groom looked like a well-decorated serving soldier, I think I can let it go this time 😉 ). But I did get to see the private rooms – now open to the sky (opposite picture) – that Hugh and Edward most likely stayed in on their visit there 28th October-2nd November 1326 (yes, I have just noticed that we visited on a date they would have been there!).

I’m not going to write much more about the place now because I plan to return and do a more detailed investigation (and post), probably next year… and when the weather is warmer! However, I hope you enjoy some of the pictures I took on this first trip. 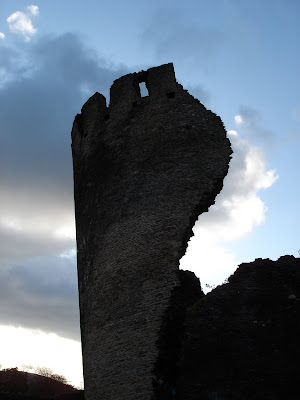 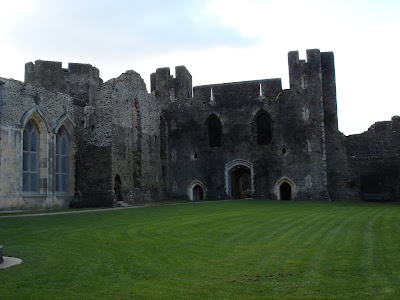 The inner bailey – with Despenser’s Great Hall with its large, ornate windows on the left.

4 Responses to A Brief Foray into Despenser Country – Glamorgan