Just before I disappear to London and lose myself in manuscripts for a few days, I just wanted to share my photos of Scarborough Castle with you. This was where, in 1312, Edward was forced to leave a possibly sick Piers Gaveston in order to try and rally some royalist forces to go to his aid against a large number of rebel barons. However, before he could do so, Gaveston surrendered to his enemies on the 19th May 1312 on the promise that he would be safely brought to London to face trial. But this was not to be – on the 10th June at Deddington in Oxfordshire, Gaveston was kidnapped from his escourt by the earl of Warwick and taken to Warwick Castle. He was held prisoner there for about nine days – until the earl of Lancaster arrived. Lancaster took it upon himself to be the judge and jury and declared that while Gaveston lived, England would not be safe. Accordingly, Gaveston was taken to nearby Blacklow Hill, on land owned by Lancaster and there killed by two Welshmen. 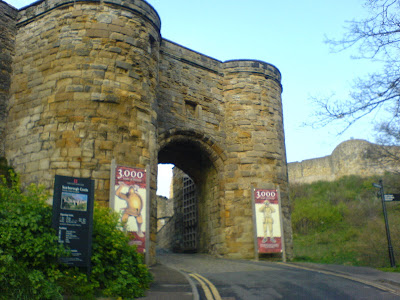 The whole place has quite a melancholy feeling to it, most likely aided and abetted by the sound of the sea and the seagulls. When I visited it was also largely devoid of people, making the vast castle area seem even bigger and emptier. All in all it exuded a sense of desolation and sadness, although that may just have been my writer’s mind imaging Pier’s desperate last hours of comparative freedom deciding whether to remain put and hope Edward came through or else sacrifice himself to an unknown fate and avert a civil war. Dramatic view of the keep 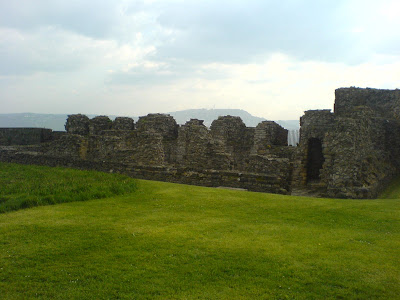 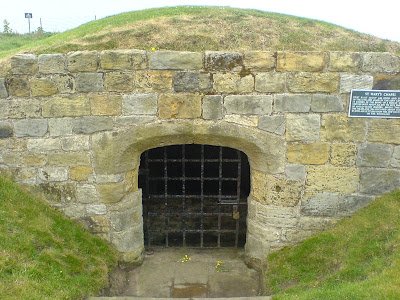 St. Mary’s Chapel – an isolated place of worship near the cliff edge.