Back in the Autumn I visited the ruins of Hailes Abbey at Winchcombe, near Cheltenham. Although only half an hour or so from where I live, I had only ever been there once before – about fifteen years ago. 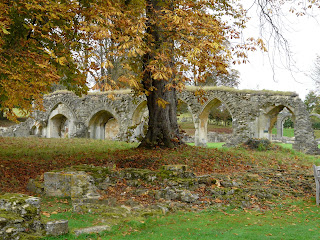 The once great Cistercian abbey was founded about 1245/6 by Richard, earl of Cornwall, as a thanks to God for being saved from a shipwreck. It was built quickly and consecrated in a ceremony attended by Henry III (Richard’s brother) and his queen.

In 1270, Richard’s son, Edmund, brought back a phial supposedly containing the Holy Blood from Germany and gave it to the Cistercian brothers. From then on, until the Dissolution, the abbey became an important place of pilgrimage and the blood was kept in its own holy shrine close to the high altar. 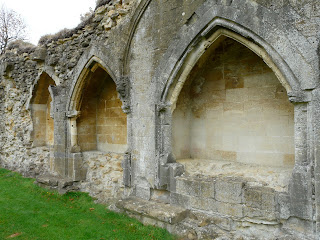 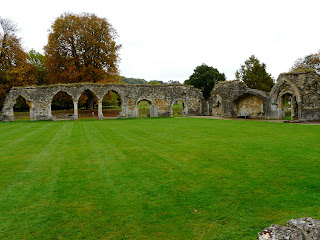 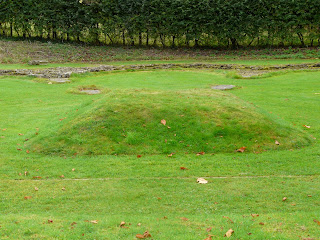 This mound is all that remains of the shrine of the Holy Blood, situated just behind the high altar 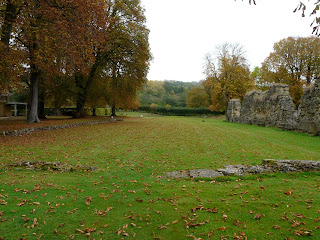 This was once the nave of the great abbey church, with the high altar at the far end 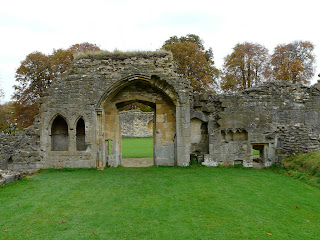 The pilgrims brought in a great deal of money and from it, the abbey was given an impressive make-over. It was one of the last religious institutions to submit to the Dissolution of Henry VIII, and was finally surrendered to Henry’s commissioners on Christmas Eve 1539 – 470 years ago. The phial of Holy Blood was denounced as a fake and the property itself was sold to a dealer in monastic properties. Soon after, the abbey church was destroyed and over the next few centuries, the remaining buildings were either demolished or converted to other purposes.
Today, the abbey is a sad shadow of what it would have been, although its architectural beauty is still apparent in the remains of the cloister arches. The engineering feats so typical of the Cistercians are also still evident in the well constructed drainage system that can be seen throughout the entire site. 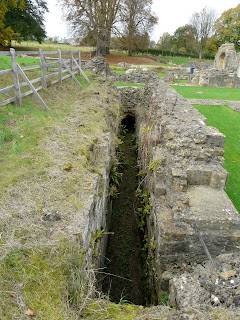 One building thankfully left untouched by all the upheaval was the small church just outside the abbey which, in the times before the Dissolution acted as the ‘Capella Ante Portas’. I shall look at this building in the next post as, in contrast to the abbey, much of its medieval nature, including wall paintings, still remains. 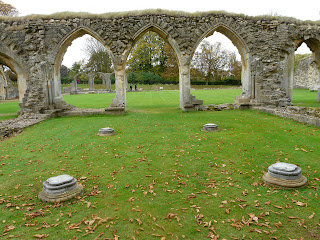