On the post before last, I visited the ruins of Hailes Abbey. This is the second part of that trip – the small, but beautifully decorated church that stands to the side of the abbey. It predates the abbey itself, having been consecrated in 1175, but once the larger building was finished, it served as the Capella Ante Portas (the chapel by the gate – for the use of travellers). Inside, the atmosphere is distinctly medieval (including no electricity!) – and the walls are covered in faded, but still beautiful 13th century paintings (double click on the pictures to bring them up full-size): 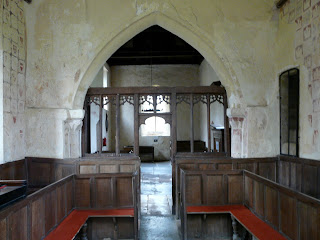 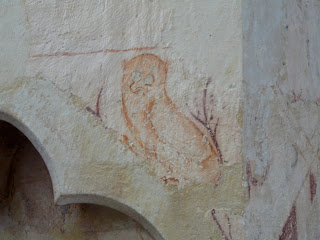 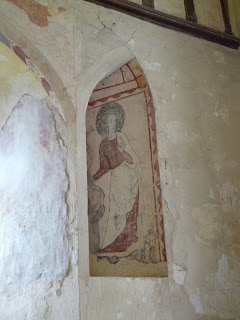 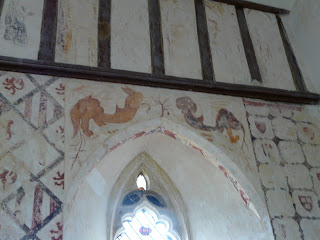 More strange creatures (I wish I’d taken a close up!) 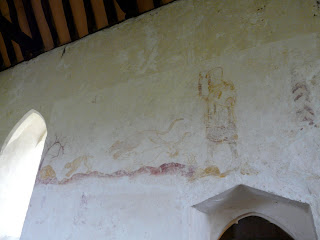 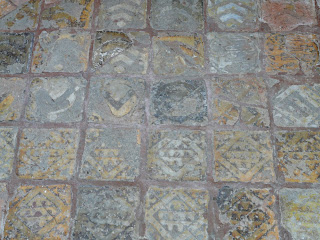 These tiles were originally from the abbey and laid down in the church, presumably, after the Dissolution. 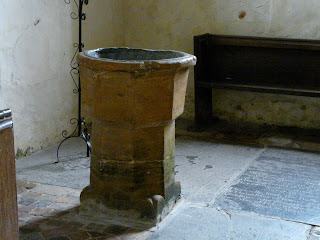 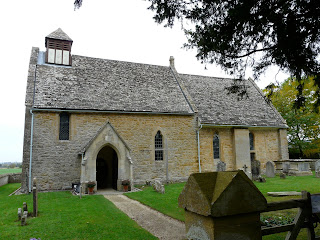 The church from the outside