The Three Castles I Visited in Wales

Now there’s a sniff of summer in the air (apologies to all those with hayfever!), it means that it is ‘Open Castle Season’ again. In other words, time for me to get out with my camera and visit some of the local (and not so local) castles – and abbeys, cathedrals, old buildings in general – you get the idea!! 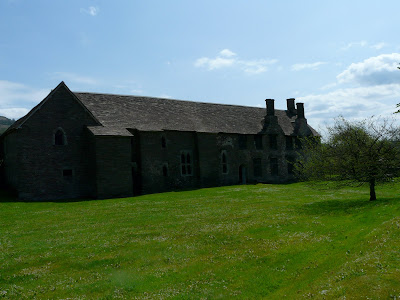 Yesterday, I took up an invitation by my friend Adrian McCurdy to join him at Tretower Castle and Court (see maps below) where a huge renovation project by CADW is taking place. As well as necessary repairs to the fabric of the old court itself, the ground floor is being decked out as it would have been in the 14th/15th century, with furniture, wall hangings, pottery and kitchen equipment. Adrian was there because he had made two arks for the kitchen. These would have been used to store flour/grain for use in baking.They also doubled as a work surface, as the lid can be taken off and turned over so that it becomes a trough. The arks are held together by a system of wooden pegs, making it possible for them to be taken apart – sort of like a medieval flat-pack – for cleaning or transporting. I first saw one of these at Anne Hathaway’s Cottage in Stratford on Avon (see this post), but it seems that the design has remained almost unchanged for centuries. 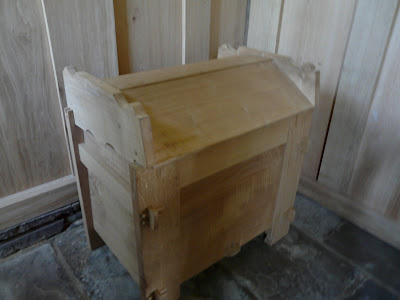 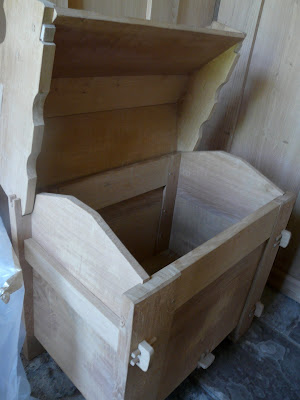 I can’t say too much about the new-look Tretower Court, or put up any other pics as CADW understandably want to keep it under wraps as a surprise until its official opening, hopefully on the 27th May. But from what I have seen I can definitely recommend a visit if you are anywhere near after that time.

General Location of the castles 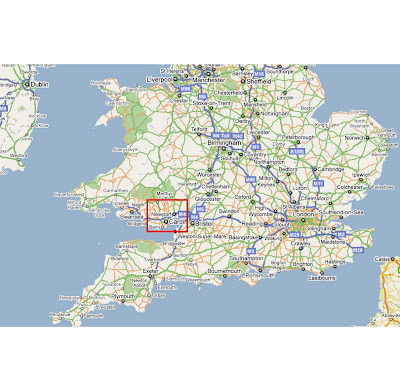 Map below: The location of the castles in more detail. Red stars = ones I visited. Blue star = the one I didn’t quite make it to. and Red + Turquoise star = where I live! 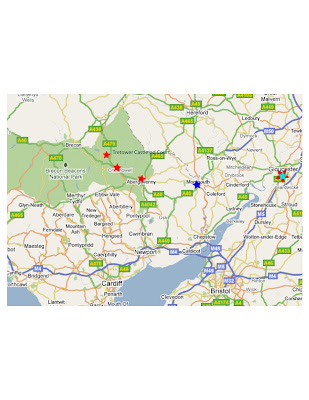 As well as Tretower Court, I visited the Castle – a few minute’s walk away over the fields, and then drove to the similarly ruined – and small – castles of Crickhowell and Abergavenny. Sadly I didn’t get time to visit Monmouth as I had planned thanks to my evil SatNav which sent me off on a long diversion, after which it was time to head for home! I’ll write about the three castles, with their history (and pictures too, of course) in subsequent blog posts, but for now, just to whet your appetite, here is a preview of what they look like. 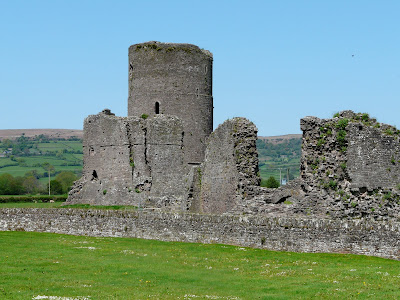 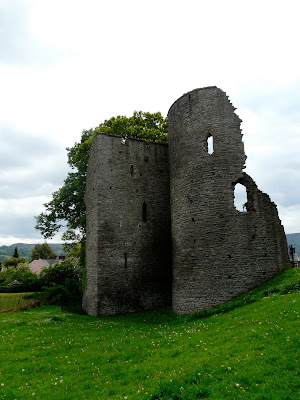 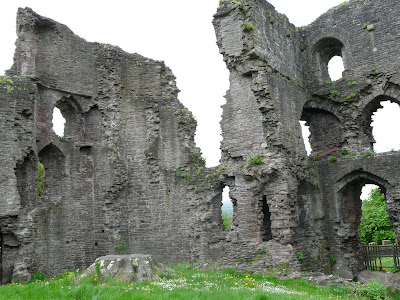 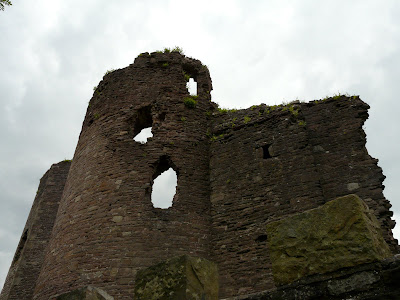 6 Responses to The Three Castles I Visited in Wales